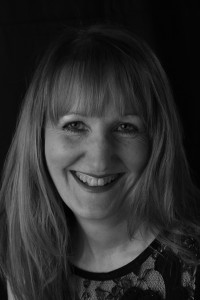 Linda Gerrard was a prize-winning student at the Royal Northern College of Music, winning the Freckleton Prize for Singing in her final year. Her career has taken her throughout the UK and also to Europe and North America.  Recent operatic roles include Comtesse Adèle / Le Comte Ory at the Rossini Festival in Bad Wildbad, Germany under Brad Cohen to international critical acclaim and the cover of Aspasia in Mitridate, Re di Ponto for the Royal Opera, Covent Garden under the late Richard Hickox. Her other operatic engagements have included Bellante / Almira at the Bremen Opera House with Fiori Musicali, in a production which also went to the Halle Festival; Josephine in Martinu’s Comedy on the Bridge with the Northern Sinfonia; Konstanze / Die Entführung aus dem Serail with the Orchestre National d’Ile de France under Marc Minkowski and Gilda in Rigoletto for Opera Holland Park.  She has also performed the roles of Erste Dame in Die Zauberflöte and Barbarina in Le Nozze di Figaro for Pavilion Opera and Oskar in Un Ballo in Mascera and Micaela in Carmen for Kentish Opera.

Her recording as Bellante in Almira with Fiori Musicali, Bremen, under the direction of Andrew Lawrence-King is available on cpo CDs. In January 2009 it was featured on the BBC Radio 3 Handel Opera Series to commemorate the 250th anniversary of Handel’s death.

The Rossini opera, Le Comte Ory in which she sings the role of the Countess de Formoutiers was released in June 2007 on Naxos.